Many people when they buy a free to air satellite receiver such as a Conaxsat Nano, Sonicview 360 ELITE or others are in a good position to make the learning curve understand how to setup your FTA Receiver easier then ever!

We show you everything you need to know about setting up a FTA Receiver, Scanning your channels and loading FTA FILES on your receiver.

We making Free to air easy by walking you through set by step from beginning to end!

This is a service we provide free of charge to the FTA Community to help provide the very best FTA Support that we possibly can.

Members of our FTA FORUM can gain exclusive benefits such as more videos, live support chat, and the largest online database of guides, tutorials, setup techniques and fta files on the planet. We cover all FTA RECEIVERS!

As part of its year-long 35th anniversary celebration of the company’s entry in the handheld calculator business, HP also named the winners of its nationwide calculator video contest. 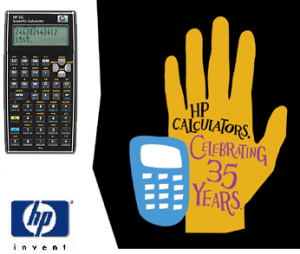 The HP 35s pays tribute to its revered lineage with a classic design that is reminiscent of the original HP-35, including protective raised edges so that the calculator rests nicely in the palm of one’s hand.

The winning videos are at hpgoldencalculatorawards.com and more information onHP’s 35-year history in the handheld calculator market are available to view and read at www.hp.com/go/35celebration.

HP Calculators today
In the tradition of the HP-35 scientific calculator that rendered the slide rule virtually obsolete, HP offers a complete line of market-leading financial, graphing and scientific calculators. The company’s high-end graphing calculators offer more connectivity options and greater configurability than other calculators in their class, and the HP12c Financial Calculator has become an industry standard in the business and finance community with more than 15 million units sold to date.

Information about HP’s calculator line, as well as on-demand training videos, computer-based training and step-by-step learning modules for each of HP’s current calculators, is available at www.hp.com/calculators.

Availability and pricing
The HP 35s Scientific Calculator is available for a suggested retail price of $59.99 (1) at www.hp.com and select retailers and bookstores across the United States. A complete list of resellers is available at www.hp.com/calculators/resellers.

More information on the HP 35s and other HP mobility solutions is available in an online press kit at hp.com/go/Mobility2007.

About HP
HP focuses on simplifying technology experiences for all of its customers – from individual consumers to the largest businesses. With a portfolio that spans printing, personal computing, software, services and IT infrastructure, HP is among the world’s largest IT companies, with revenue totaling $97.1 billion for the four fiscal quarters ended April 30, 2007.

SinoHub Technology Company, Ltd. today announced that it has been awarded Enterprise Coordinator status at HuangGang customs. This comes on top of “A” Credit status, which was awarded in 2006, and “Green Line” status that SinoHub achieved in 2005.

“SinoHub is a strong company, which has abided by all of the import/export rules and established an excellent reputation for delive ring high quality import/export services,” said Mr. Liu, Customs Officer, HuangGang Customs. “We have worked with SinoHub to award MOU’s to a number of their customers which greatly facilitates goods entry into P.R. China.”

“We are delighted to be so highly regarded by HuangGang Customs,” said Harry Cochran, CEO of SinoHub. “We will continue to process the bulk of our orders at this border crossing.”

SinoHub Service Offerings
The Integrated Supply Chain service suite provided by Sinohub, SinoHub Electronics Harbor™, is tailored to the electronic components business requirements in China. It helps electronic component industry participants reduce inventory costs, shorten purchasing lead-time and solve RMB purchasing and VAT invoicing problems. Because SinoHub only deals with electronic components, we can implement all of the special features which are required by our customers in our MIS system, SinoHub SCM, and still deliver exceptional performance. Since SinoHub SCM is Web based, our customers can know the status of their goods shipments, inventory in our warehouses and financial transactions any time, day or night, from anywhere.

“We are pleased to have such strong backing from HuangGang Customs”, said Willa Li, SinoHub’s CFO. “Our solid relationship with HuangGang Customs will continue to be a key reason why customers choose SinoHub when it comes to supply chain management services.”

About SinoHub, Inc.
SinoHub Technology Company, Ltd. was organized in Shenzhen in September 2000 by veteran entrepreneur Harry Cochran and electronic component industry veteran Lei Xia to facilitate the electronics revolution in China by providing world-class services for all participants in the supply chain of electronic components.

EPR Electronics News is a new blog, part of EPR Network, that is going to be focused on and will be covering the electronics news and stories from press releases published on EPR Network.

EPR Network (EPR stands for express press release) is one of the nation’s largest press release distribution networks on Web. The EPR’s nationwide network includes 12 State based PR sites, one major PR forum and a number of industry specific PR blogs and what started as a hobby on Internet years ago turned out to be a rapidly growing business today. EPR Network is also known as one of the most trusted (human optimized, published, edited and monitored, spam/scam/low quality PR content free) PR sites on the web with more than 10,000 company and individual press releases distributed per month. EPR Network is putting your press releases on top of all major search engines’ results and is reaching thousands of individuals, companies, PR specialists, media professionals, bloggers and journalists every day.

EPR Network has thousands of clients around the world including global 500 corporations like Hilton Hotels, Barclays Bank, AXA Insurance, Tesco UK, eBay/Skype, Emirates, just to name a few. The network’s PR web sites are currently reaching from 150,000 to sometimes 500,000 unique visitors per month while our viral reach could possibly go to as much as 1M people per month through our presence across various social media sites. EPR Network was established in 2004 and as of May 2008 it had more than 800,000 press releases (pages) published on its network.